To: Lester Levy and Len Brown

2017: The Tree Council has achieved a great result with a partial victory- the damage that will be done to the bush has been minimised!

After years of community outrage, an appeal and most recently mediation with Auckland Council, The Tree Council are very impressed with the outcome. Securing a considerable extension to the proposed bridge crossing the gully from 28 to 40m span. This means that the abutments supporting the road bed will now be located at the edges of the gully rather than within it and only a very small number of mature trees will be directly affected.

The small gully in South Auckland called Grahams Bush known as is a botanical gem, a real taonga, a fragment of the lowland podocarp-broadleaf forest that once covered the Manukau lowlands has been saved!

The Tree Council would like to thank all those who donated money to support their case, fellow appeal parties, the Cheesman family and Auckland Transport for being willing to negotiate a much better ecological outcome for Graham’s Bush. 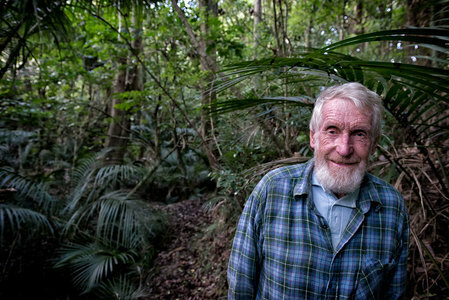 Stop your plans to bulldoze native bush and destroy the ecosystem of South Auckland in return for a horrendously expensive four-lane highway nobody wants!

Keep the road on the existing road bed which avoids further destruction to bush and houses and streams - we are happy for you to improve it - not build a four lane highway alongside it instead!

Stop the NOR process for this highway right now! Ratepayers feel they have no voice and you are ignoring their pleas. The appeals against this project (6) speak volumes, no one wants this road!!

Enough is enough. If this project goes ahead this will be your legacy to the people of Auckland - and it is not a good one.

Why is this important?

Individuals, like Graham, who have been protecting the bush for years (and were paid subsidies by city councils to do this) are now finding out that their land is to be forceably taken from them, and their precious bush destroyed.

The proposed route will bisect the water catchment that feeds Totara Park. There is already evidence that existing roading has damaged gullies of native bush in the area - this proposal would have a much greater negative impact.

Grahams Bush is one of many on the proposed highway route. It has a number of significant trees and it is a site of ecological importance. Graham unfortunately died trying to save this bush last year during this fight. We want to honour his legacy and are are tired of Auckland Transport saying this is the 'cheapest' route. We say it is the most expensive - ecologically expensive and ridiculously planned in a way that makes no sense in the 21st century.

Sign our petition to send a message that says NO to the proposed route and YES to being heard.

If you want to read some ideas on alternatives please visit the site of GenZero or Auckland Transport Bloggers - they have suggested some excellent alternatives to fix Auckland's Transport Problems and for a lot less cost!

Petition is successful with 5,615 signatures